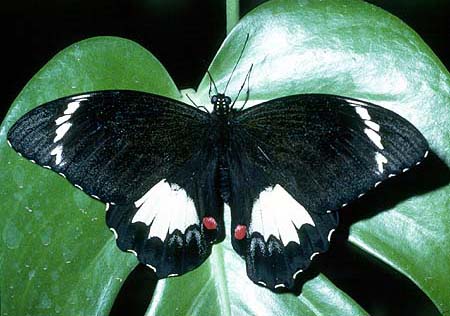 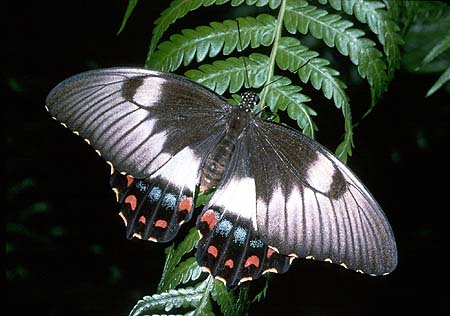 One of the larger butterflies to occur in Australia, and the largest to be found in South Australia. It has quickly adapted to the introduced Citrus trees in Australia and can now be found in many areas where these trees are cultivated.

It has a reasonably fast and direct flapping flight in open areas, although the flight of the female is normally more subdued and slow as it goes about its business of egg laying. The butterflies always seem to be in flight, but are usually approachable, if only for a brief moment. Both sexes are often seen nectaring at flowers, particularly lantana, when they can be easily approached. The large size of this butterfly can sometimes bring out phobias in people so inflicted.

Eggs hatch in a week.

The first four instars are the bird-dropping stage. The fifth and final instar is a green camouflage stage.

All larvae stages feed exposed on the hostplant. When disturbed, the larvae can evert a reddish orange coloured, fleshy bifid osmeterium from behind the head that emits a distinct citrus-like pungent odoriferous secretion, smelling like rotting oranges on the ground beneath an orange tree. This secretion acts as a deterrent to both vertebrate (birds, lizards and mice) and invertebrate (ants, spiders and wasps) predators. It is more effective if the chemical can be deposited on the predator, hence the larvae will attempt to throw their heads (and osmeterium) either backwards or sideways if a predator attacks from the rear or side. The secretion is usually composed of a butyric acid compound having irritant properties. The osmeterium is present in all stages of the larvae, and is found in all the Papilionidae group of butterflies. In other species the osmeterium can have a different colour such as green, blue or black.

The butterfly is seen all year round in the humid tropics and subtropics of eastern Australia. During seasons with abnormal humidity it will move south during summer and autumn, occasionally reaching South Australia and Victoria. Most of the South Australian records are from the big invasion of subtropical butterflies that occurred during the summer of 1973-1974. Interestingly, there were no recordings for the butterfly in SA, during the recent drought breaking big rains of the 2010-2011 flight season.

Normally a humid tropical and subtropical eastern states butterfly with vagrant tendencies. Within South Australia the butterfly has been sporadically documented from the southeastern portion of the state. A small breeding colony was once semi-established at Whyalla but due to the destructive behaviour of its large larvae on garden Citrus this colony was short lived. Another breeding colony was reported from Waikerie in the Riverland during the mid 1970's but it is not known if it still exists. Breeding records from the eastern states suggest this butterfly would be unable to establish permanently south of about the Waikerie latitude.

Interested public now have access to live eggs and pupae reared in the heated butterfly houses of the eastern states, and so it is likely additional random recordings will continue to occur in future years.

Potential native and introduced hostplants occur throughout the state, but the butterfly and its early stages require warm humid and sheltered conditions to survive.

It is considered a minor pest in the Citrus orchards occurring in the eastern states and is sometimes sprayed. However, it is unlikely to survive long in any commercial Citrus orchard due to the persistent spray activity that occurs in these orchards. Its larvae are large and are capable of damaging the younger foliage of its hostplant, although usually the larvae numbers are kept low by natural predators.

If you are lucky enough to have the butterfly established in your area then nurture it, as it is a large spectacular butterfly. 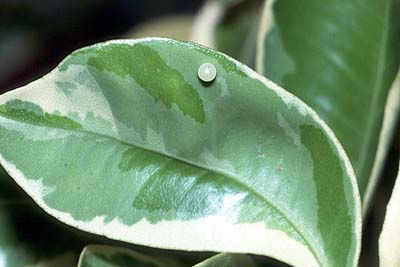 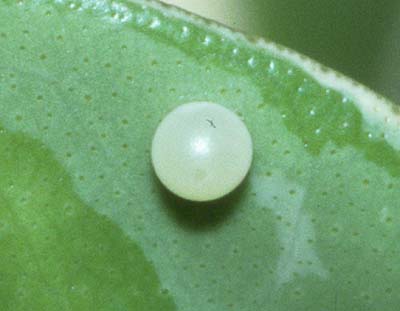 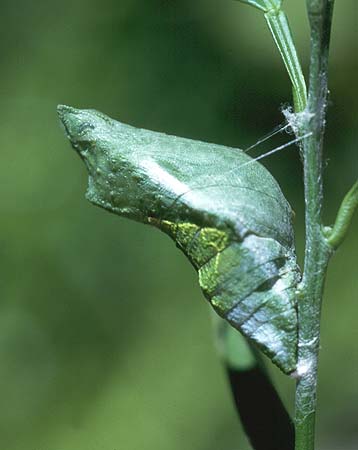