One of the smallest sun-moths 22-32 mm to occur in Australia. In SA they occur on the temperate native Austrostipa eremophila - A. scabra grassland plains of southern SA. Interestingly, it presently exhibits an unusual linear distribution pattern on the map. It flies in spring during September-mid November, with those from the Nullarbor Plain flying earlier. Without close examination it could be confused with the small skippers Ocybadistes walkeri hypochlorus (Southern Grass-dart) and Taractrocera papyria (White-banded Grass-dart), although these skippers do not normally occur in this sun-moth's habitat.

The primary hostplant is Rytidosperma setacea (Bristly Wallaby-grass), but it also utilises Austrostipa eremophila (Desert Spear-grass) and A. scabra (Rough Spear-grass) (Poaceae). This is one of the sun-moth species with a fully developed proboscis.

The moth is active during the heat of the day. Early in the morning the moths may feed from available small low flowers. On Eyre Peninsula a favourite nectar plant is Ptilotus obovatus (Silvertails). The males then setup mating territories (leks) in the habitat area, usually on open ground or along narrow tracks, sometimes settled on the ground or on grass or low twigs depending on the location. They usually remain settled unless disturbed by an unmated female or another male entering the lek. Later on in the day they will periodically fly over the habitat looking for females, mated or unmated. Females are usually active, laying eggs on the hostgrasses.

The eggs are laid on the stems of the hostplant near its base, which the female usually accesses by landing on the ground near the plant then walking up to the base, or sometimes by working their way down within the plant from the top. The eggs are pale yellow to pale brownish yellow when newly laid. They are about 2.1x0.8 mm and have four, weak longitudinal ridges. Larvae likely live within the root zone similar to the grass feeding larva of other Synemon species. Its larvae and pupae are undescribed.

It is considered local or rare, even though its habitat is widespread, but has suffered due to poor farming and pastoral practices, the proliferation of exotic grasses and weeds, and government fire management policies and locust spraying. The type species came from the Adelaide region, where it is no longer believed to occur due to urbanisation. 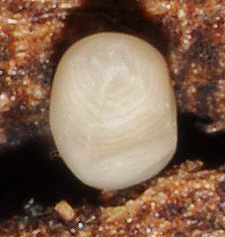 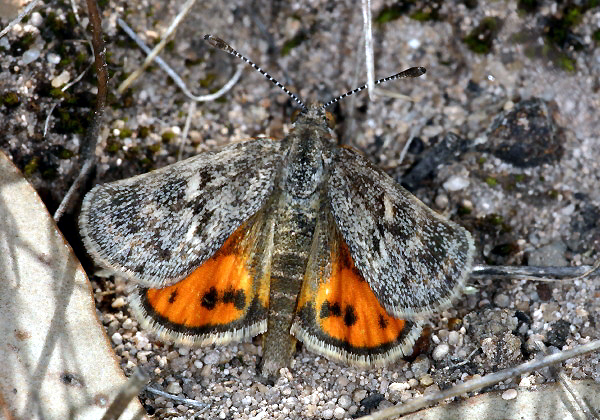 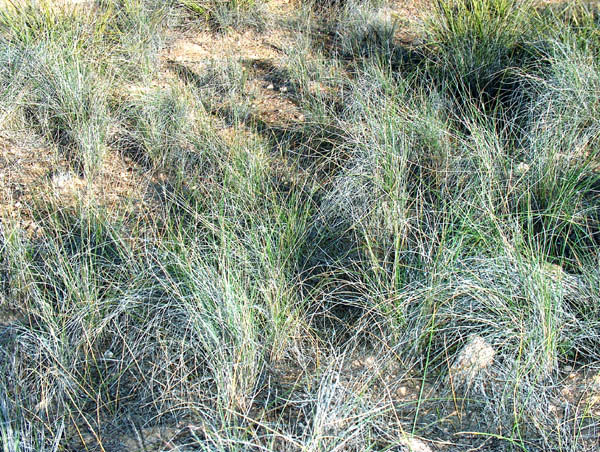