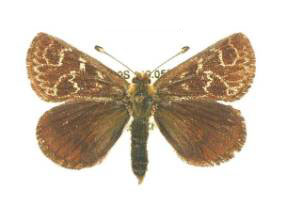 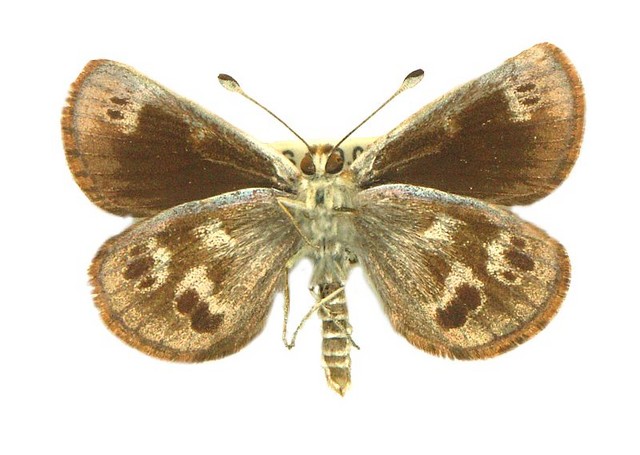 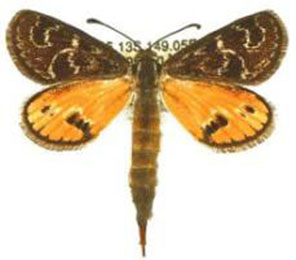 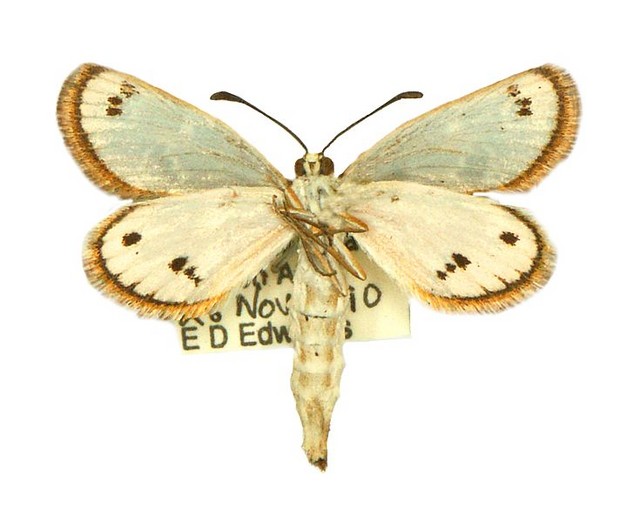 An unusual sun-moth, 25-35 mm (the male is larger) with dimorphic male and female morphologies; the male being all brown while the female has bright, all yellow-orange hindwings on the upperside (but which are white on the underside). The male does most of the flying, constantly patrolling its habitat looking for unmated females, but paying no attention to other males or previously mated females or other flying insects (presumably to conserve its fat reserves). The female is sedentary unless disturbed, normally staying on the host grasses and often displaying her yellow hindwings. Interestingly, the living females have pale green pigmented compound eyes, whereas the males and all other recorded Synemon species have pale grey eyes, brownish dorsally (a replacement for sunglasses). All species display six light-adapted pseudopupils in their eyes when alive, both diurnally and nocturnally. Its flight period is mostly November to early-January but depends on the area.

It has only been recorded once in SA from Bordertown in early December 1975. This town's 'Common' area may be a good area to look for it again, and based on its occurrence in Victoria and NSW it could occur in other well drained (poison free), but loamy parts of the Southeast Region of SA. It is still known from non-arid areas of west Victoria where it is threatened by farming practices and locust spraying.

This is probably the most thoroughly studied sun-moth, with many references available (check Google). Newly mated females tend to be heavy in egg, and may not be able to fly. They walk across the ground to find new host plants on which to lay eggs. The female will climb off the ground onto the basal outer foliage, then back-step her vertical body down again to probe the soil at the edge of the plant with her extendable ovipositor to lay the egg(s). Once completed she leaves that plant to find another plant to continue the process again. When the abdomen is eventually light enough she will start to fly between the potential hostplants, for 10 m or more.

They are usually laid singly in crevices within the base of the host plant. The eggs are pale yellow when laid, eventually turning white, and have four longitudinal ridges and take about 31 days to develop. The larvae period is reputed to be 1-2 years, and remain white all their life. Typical of all known Synemon larvae, the stomach contents are black, suggesting they eat a lot of root cuticle and dirt.

Pupation occurs in a near vertical silk lined tunnel (chimney) proximal to the host plants, similar to S. selene, and the pupa is mobile, brown coloured, and also similar to other species. The pupal period is six weeks, and at adult emergence (ecdysis) the pupa normally breaks through the cap of the tunnel and protrudes about half way before the adult emerges, leaving the exuvium protruding from the tunnel. The life of the adults is only 1-5 days depending on their supply of fat reserves, as they do not possess a functional proboscis for feeding on flower nectar.

Apparently, many of the moths are taken by swallows and spiders (orb and wolf species), that showed no ill after-effects, suggesting the moths are not distasteful (i.e. they are not a mimicry model) and that the bright hindwing colour has a flash-aposematic scare function. 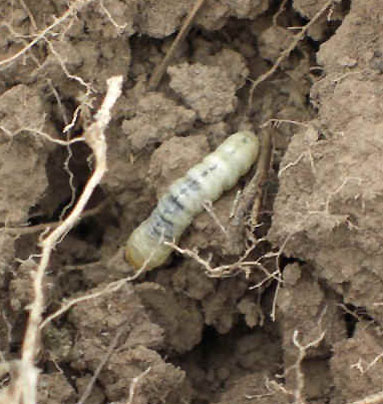 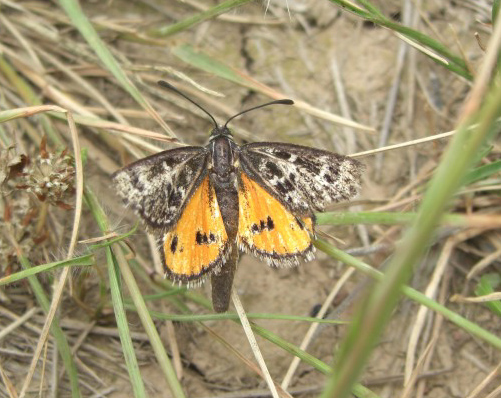 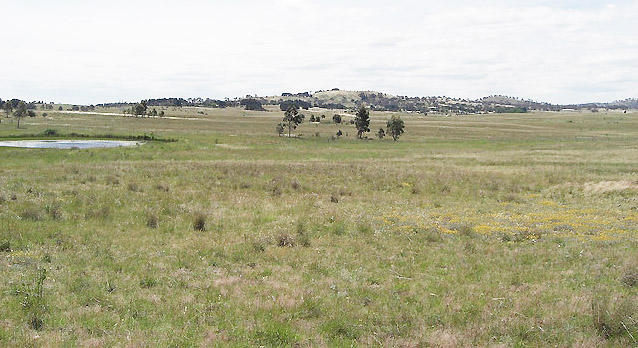