There are about 17 butterflies that are commonly seen in southern urban gardens, with another 3 that are regularly seen migrating through the urban areas in the spring. In reality, most of the urban butterflies are actually migrants which readily breed in the urban garden. This fact is generally overlooked for the purposes of butterfly gardening. The occasional increase in numbers of any one of these butterflies to an urban area is usually due to a migration. Whether they continue to stay on will depend on whether there is any flowers for the butterfly to feed from, and whether there is any caterpillar foodplant present for the female butterfly to lay her eggs.

The paradox of butterfly gardening is that most people like flying butterflies in their garden yet do not like caterpillars. Unfortunately, it is not possible to have one without the other, as caterpillars are the immature stages of butterflies.

Garden layouts have also changed. The mass use of nectar laden, old-fashioned, cottage flowering plants has been replaced by lawns, non-nectar producing hybrid plants and specialist shrubs. Mass butterfly migrations in South Australia have certainly reduced, and this can only be put down to the disruption of the environment due to agricultural and urban developments, and perhaps to an increase in UV radiation due to disturbances of the ozone layer in the upper atmosphere.

If you can overcome the dread of caterpillars in your garden then it is possible to make your garden or at least parts of your garden suitable for butterflies. Two points need to be remembered for this undertaking. You must provide suitable summer flowering plants to provide nectar for the adult butterflies, and you must provide suitable foodplant for the caterpillar (larvae) stages of the butterfly. Some of the plants are suitable as both food plant and nectar plant. Most butterflies require warm sunny conditions, with shelter from the wind. Others, like the browns, prefer some shade. Moisture is also appreciated.

You must be aware that the foodplants need to be treated as expendable, as caterpillars can sometimes be so prolific as to eat all the edible parts of the foodplant. In such extreme cases it would pay to either thin out some of the caterpillars or transfer them to another plant. If not prolific, the caterpillars may disfigure the plant. Such cases can occur on palm trees where the Orange Palm-dart (Cephrenes augiades) may make obvious holes in the palm fronds. Similarly, the Dingy Swallowtail caterpillars (Papilio anactus) may prematurely prune back your citrus tree. In the latter case this may be a problem for young trees, but not a serious problem for an old tree.

Smaller herby or perennial type foodplants for the caterpillars should be grown in separate clumps to lessen the risks of losing the caterpillars to predators and diseases. In South Australia, the old fashioned cottage garden layout is the ideal planting method, with massed plantings of both nectar and caterpillar food plants. Unfortunately, the planting of caterpillar foodplant does not guarantee that the butterfly will utilise the plant for that purpose.

Almost any flowering plant is suitable as a nectar source for the adult flying butterflies. Larger butterflies tend to favour large flowers, and small butterflies favour small flowers. Some butterflies have a preference for a certain flower type or colour, with often the butterfly being attracted to the same colour of flower as its own upper-wing colour. Several prolific flowering shrubs in a garden will often attract many butterflies from nearby areas without having to grow foodplant. Artificial feeding devices are not recommended as they tend to attract ants, bees and wasps. Milkweed butterflies are often attracted to heliotrope plants.

In the garden, old fashioned flowering varieties (not extensively hybridised) of buddleia, alyssum, scabious, verbena, veronica, lantana (sterile pink flowering hybrid types are best to prevent weed infestation; e.g. Gol Gol hybrid), and some Compositae (ageratum, arctotis, aster, dandelions, erigeron, eupatorium, osteospermum, zinnia), are suitable examples of non-native nectaring plants. Cluster flowering plants are especially favoured. Lawn clover and lucernes are attractive to small blues. One has to be careful with the non-native flowering plants that they are not allowed to escape into the surrounding reserves or waterways. Do not dump clippings into the waterways. Recycle or mulch your clippings. 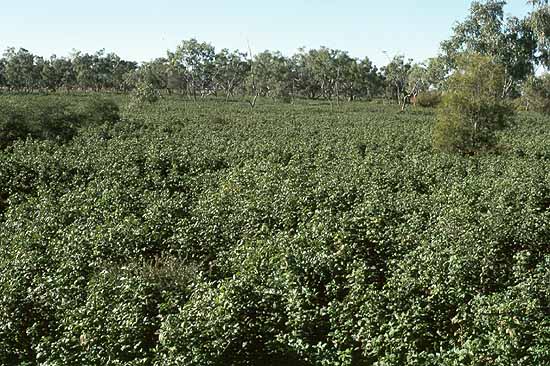 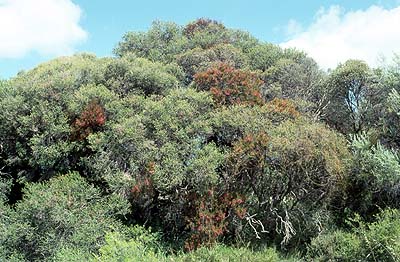 It also needs to be remembered that many butterflies are flight time specific, mostly either spring or early summer. In the case of urban butterflies if you want a continuous flight of butterflies then you have to plan your garden accordingly. In establishing an urban butterfly garden one also has to be extremely careful in the use of poisonous sprays.

Birds are a major predator of butterflies and therefore if you have a large bird population, particularly of the medium size birds like the wattle bird, then you may find that your butterfly gardening efforts will be unsuccessful.

For those people living in the hills or along some of the new coastal developments, it is possible to undertake more specialised aspects of butterfly gardening. You are in the more fortunate position of being in close proximity to some of the remaining woodland or coastal butterfly habitat in the Adelaide area. You have the opportunity to grow foodplants for the rare and threatened butterflies. To do this you need to ascertain which of these butterflies still occur in your area, by either undertaking your own survey for butterflies or contacting Butterfly Conservation South Australia for these details. Select which butterflies you want to look after and then obtain the relevant foodplant details from the Food Plants and Habitat Restoration tables. Unless you can grow the foodplant yourself, you may have trouble obtaining the right foodplants from the relevant sources. The former source is more preferable as then you can obtain the seed base from your particular area, and the foodplant is more likely to survive in the longer term.

You are also in a position to nurture the azure (Ogyris) butterflies through retention of the Amyema mistletoes. The most spectacular of these butterflies, is also the easiest to look after. Its caterpillars like eating either the wire-leaf mistletoe (Amyema preissii) or the melaleuca mistletoe (Amyema melaleucae). The former will happily grow on either the indigenous Acacia melanoxylon (or some other local Acacia) or the garden variety of the Cootamundra wattle (Acacia baileyana), while along the coast the melaleuca mistletoe grows on the black tea-tree (Melaleuca lanceolata). You will probably have to introduce the mistletoe to the host plants yourself. Once the mistletoe is established you will quickly have the bright metallic-blue butterflies resident in your garden. (In the Adelaide area you can get an example of the mistletoe growing on Acacia and the flying blue Ogyris by visiting the Marino Conservation Park. )

Where possible, the native grasses, sedges and mat-rushes should be left alone, and certainly not regularly mowed. They are potential foodplants for many threatened butterflies. Regular mowing depletes the food source and obviously obliterates the caterpillars. You might consider retaining the native grasses rather than putting in lawns. It will save considerably on water bills, although the native grasses would appreciate the odd watering in mid-summer.

The woolly-bear caterpillars belong to moths. There are many kinds of moths with woolly type caterpillars. The black woolly bear caterpillars seen during the winter months, usually belong to the Back and White Tiger Moth, having white wings with black spots, and an orange-red body marked black. It is about the same size as the cabbage white butterfly. Eggs are laid by the thousands when this moth flies in autumn.

The cutworm and looper caterpillars also belong to moths. The cutworm moths are sombre coloured, often dark brown with a small blue or silver patch in the forewing. They are usually smaller in size than the cabbage white, although the large Bogong moth belongs to this group. The looper moths (Geometrids) are highly variable in colour and size, some of which are prettily coloured.

The black woolly bear and cutworm caterpillars are garden pests and will devour just about anything green, and the caterpillars will not be missed if you happen to tread on a few of them after finding them on your favourite plant. There is a warning note here though, in that the caterpillars of the Australian Painted Lady, the Australian Admiral and the Meadow Argus may be confused with a woolly bear caterpillar. The latter caterpillar does not have branched hairs, whereas the former have spiny hairs that are branched! A further word of warning, as there are also some cup moth caterpillars with branched hairs that inflict an extremely painful sting, just like a sea anemone!

Most of the commercial fruit, crop and garden damage is done by common species of moths, but unfortunately pesticides are non-selective between moth and butterfly caterpillars.