An uncommon species, restricted to temperate areas of South Australia, and also occurs in north-west Victoria and West Australia. Its primary larval hostplant is the low growing Gahnia lanigera (Black-grass Saw-sedge) (Cyperaceae), which is a dryland sedge restricted to limestone based soils. This sun-moth is only found in the prescence of this plant. It will also utilise other small sedges found in the prescence of the Gahnia, such as Schoenus breviculmis (Matted Bog-rush) and S. deformis (Small Bog-sedge) (Cyperaceae). However, older females are also often attracted to certain small wire-leaf grasses, such as Austrostipa exilis (Heath Spear-grass) (Poaceae) found on Yorke Peninsula where they undertake oviposition ritual but it has not been confirmed that the eggs are actually laid, or if so whether the larvae go through to pupation.

Synemon discalisbelongs in a similar cryptic-patterned group of sedge feeding sun-moths in South Australia that include S. larissa and S. parthenoides, and possibly other as yet unstudied species from West Australia. The group adults also possess a functional proboscis, and in combination with their different genitalia and other morphological and feeding attributes, suggest they belong in their own genus as compared to the grass feeding S. collecta group. S. discalis differs from the other group members mainly by its smaller size, different male genitalia, the orange markings are more yellowish, along with several other small differences in wing morphologies, such as the upperside (UPS) ground colour of the forewings (FW) is brown-black in S. discalis (SD), but black in the other two species. There is a transverse, narrow black zig-zag line in the central part of the FW UPS in SD, but not in the other two; the inner margin (next to abdomen) orange coloured area of the hindwing (HW) UPS is normally not joined to the central HW orange spots in SD, but usually is in the other two species.

It has a habitat preference for open mallee woodland in which the larva hostplants grow. Males have a wing expanse of 28-36 mm and females an expanse of 28-44 mm, and tend to fly in spring during late September-early November. Flight starts earlier than the flight of the other two species if they occur together. They usually fly near ground level or just above the top of their low growing hostplants. Typical of most sun-moths, the males start to fly earlier in the season than females, and the flight season for both sexes tends to be earlier in the northern parts of its range.

It is most active during the hot sunny periods of the day, peaking about midday. Males initially feed from flowers then tend to fly about the hostplant habitat looking for females to mate with, particularly those that have newly emerged from their chrysalis. Eventually the males settle down, often setting up small leks in open or cleared areas, waiting for females to fly past. If the habitat is suitable, they will also set up lek (courtship) territories on higher ground near the hostplants. They usually settle on the ground. Periodically, if no females or other disturbances occur they will fly off to patrol the hostplant habitat looking for females, and if unsuccessful will not necessarily return to the same lek. The females tend to spend most of their time laying eggs until mid-afternoon, when they start to feed from flowers before eventually seeking a place to spend the night.

The female lays its eggs below ground adjacent to or on the stems of the hostplant. This she does by either walking up to the plant on the ground if possible, or by working her way down within the plant from the top, at all times slowly opening and shutting her wings. She uses her very long stiff ovipositor, that can be extended from the end of her abdomen, which she probes down the sides of the hostplant culm and then lays the single egg as deep as she can place it. The eggs are normally pale yellow when newly laid but eventually turn white, particularly near larval eclosion (hatching). They are ellipsoidal spindle shaped about 1.9-2.5x0.85-1.0 mm and have 9-13 prominent longitudinal ridges, linked by many (~32-38) finer cross striae. The first instar larva ecloses after about 32 days, is 3.0 mm long and subtranslucent pale yellow coloured with a yellowish brown head. They live below ground within the culm of the hostplant similar to the other members of the group. Immature larvae are sub-translucent white. Mature larvae are usually pink coloured but are sometimes greenish coloured if they happen to be eating green stem bases. The pupa is about 14 mm long and occurs below ground, head-upwards in a cavity 'made to size' within the hostplant culm, brown coloured with a series of dorsal abdominal serrated ridges that point backwards restricting the pupa to forward or rolling movement only. The eating activity of the larger larvae can kill that particular part of the hostplant, usually the central part.

The adults are often seen nectaring on flowers later in the afternoon, and include most flowers that occur in the vicinity of the habitat. On Yorke Peninsula they have been seen to utilise Helichrysum leucopsideum (Satin Everlasting), Pimelea glauca (Smooth Riceflower) and Stackhousia aspericocca (White Candles). S. discalis is not presently threatened in South Australia (Holotype Australia). 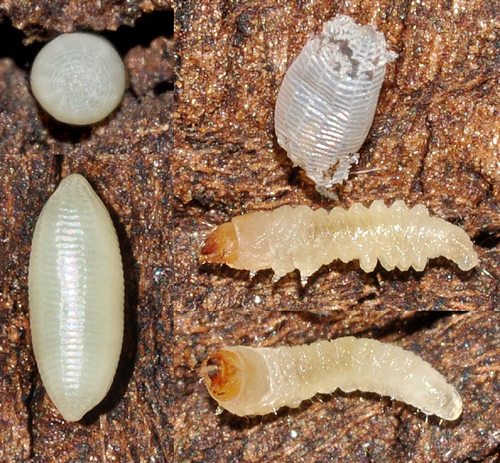 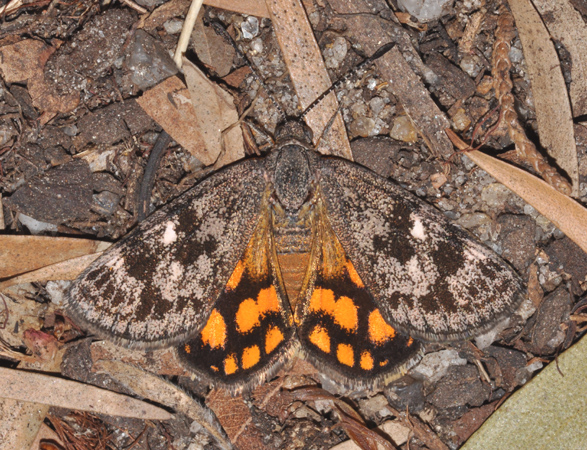 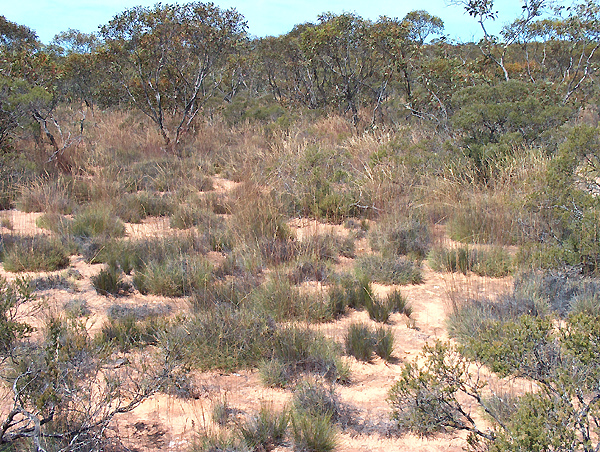 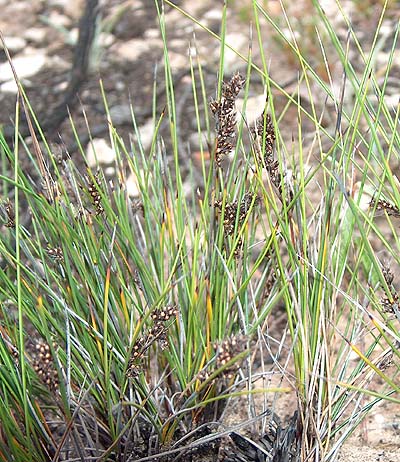