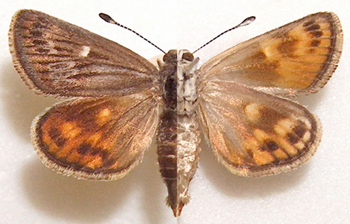 A threatened species due to urban expansion, farming practices, the proliferation of exotic grasses and weeds, olive bushes, and government fire management policies. It is critically endangered and is now only known in Australia from one area on the western hills face of the Adelaide Hills where it occurs in open native-grass woodlands containing wallaby grasses. Its primary hostplant is the coarse-leafed Rytidosperma racemosa (Slender Wallaby-grass) (Poaceae), but is also likely to utilise the coarse-leaf form of Rytidosperma caespitosa (Common Wallaby-grass) that grows in proximity to the former grass in its flight habitat. It is also reputed to use Themeda triandra (Kangaroo Grass) but which needs confirmation.

Like S. selene it has a habitat preference for open woodland-native grassland in which the grass is lightly grazed or mown, and is in active green growth. It has a wing expanse of 26-40 mm and tends to fly in summer during December-January. It is most active around midday. Males tend to be sedentary, probably waiting on leks for unmated females to turn up. Females are either active laying eggs or if unmated, periodically fly around the habitat looking for males.

The female lays its eggs on the stems of the host grass near ground level, by either walking up to the plant on the ground if possible, or by working its way down within the plant from the top. The eggs are pale brownish-yellow when newly laid but eventually turn white near larval eclosion. They are about 1.75x0.65 mm and have four, prominent longitudinal ridges. The first instar larva ecloses after about 19-20 days, 2.3 mm long and is pale yellow coloured, similar to S. colona. They likely live within the root zone similar to the grass feeding larva of other Synemon species. Its mature larvae and pupae are undescribed.

This moth only lives for a few days, briefly living off its store of body fat acquired during its early stages, as it does not possess a feeding proboscis.

This sun-moth is morphologically similar to S. selene and S. colona, and also to a large species S. collecta to be found on the Great Dividing Range in the eastern states. The species occurs in pale and dark forms, typical for the group. The type species came from the Adelaide region. 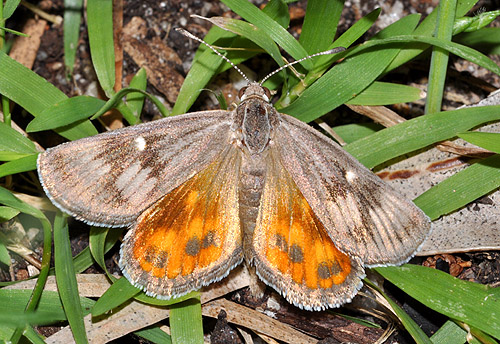 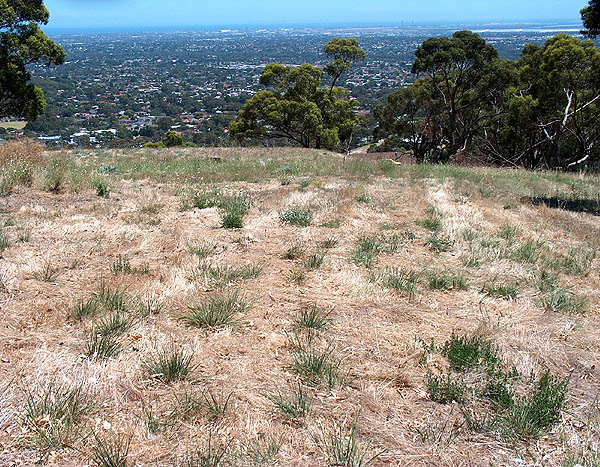 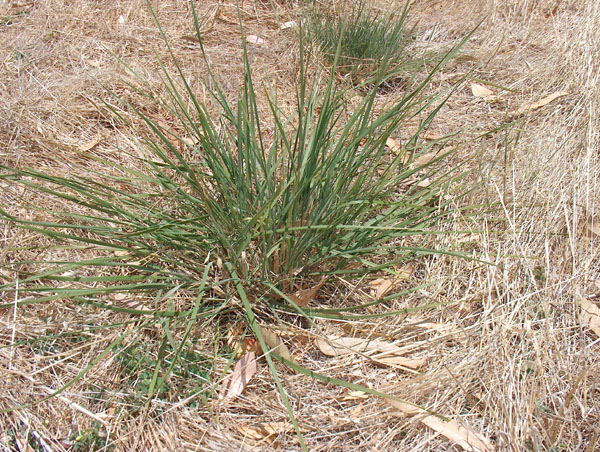