This small skipper is rarely seen in flight. It usually flies in sunny cleared areas in tall forests. Both sexes spend a lot of time feeding from small flowers, and they also like to sun themselves with wings opened. Males set up territories on low bushes or bracken, or sometimes on debris on the forest floor, where they wait with wings opened. Its grey colouration is a reasonable camouflage in the dappled light of the forest. Females seem to spend most of their non-feeding time looking for places to lay eggs in open grassy areas. Each hindwing usually has a distinctive pair of small white spots from where the common name derives, although in some specimens these may sometimes expand to three or four spots.

The skipper is reasonably timid, but can be approached with care when settled.

Small, hemispherical (domal) shaped, base flat circular, with well developed, faintly beaded vertical ribs numbering about 14-16, and indistinct horizontal inter-ridges. Pale yellow when newly laid, but after a day if fertile, they acquire apical orange-red coloured spots and a broken, very irregular, narrow, orange-red coloured lateral line. The small micropylar area on top of the egg is depressed. Laid singly on the leaves and stems of the hostplant, or sometimes on debris within or adjacent to the hostplant. Larvae begin to emerge in about 8 days. The egg shell (chorion) is eaten by the larva after its emergence.

The first instar is long cylindrical, initially pale yellow, with a large black circular head that is smooth and shiny, the upper front part weakly grooved longitudinally. The prothoracic plate is dark brown, and the surrounding neck area is brownish. There are short setae (hairs) on the body that are knobbed at the ends, and it does not have long recurved hairs posteriorly as most other related species possess. After eating the empty eggshell the larva then moves off to find suitable hostplant, testing all likely grass by taking a small nibble out of the leaf edge. When it finds a suitable hostplant, it will move to near the end of the leaf to form a narrow tubular (open ended) shelter within which to hide, which it does by either foldingthe leaf-end over or by rolling the side edges of the leaf, and binding the edges together with silk so that no gap is left between the leaf edges. The young larva rests in the shelter during the day, and in the case of the latter shelter, the head of the larva points towards the leaf tip. It eats by feeding on the edges of the leaf adjacent to the shelter. If the hostplant is a wire-leaf Poa then it will silk together several leaves to make a short tube. After eating the hostplant, the larvae gradually become greenish.

The second instar is pale yellowish green and similar to the late first instar but has a distinct, broad pale yellowish-white longitudinal dorsal band split by a central narrow green dorsal line, and there is a further narrow yellowish-white subdorsal line. The posterior end is brownish. The head is weakly rugose with some pale short hairs. The third instar is similar to the second instar but differs by having a more rugose head, the head and prothoracic plate are black and secondary setae are more obvious. New shelters are periodically constructed to fit the growing larvae. The second and third instar shelters tend to be tip folded shelters when broad leaf host grass is used and larvae feed at night by eating the leaf edges near the shelter openings.

The fourth instar is short cylindrical, humped, very setaceous and similar to the final instar, greenish-reddish brown coloured, more reddish anteriorly and posteriorly, with a dark dorsal line and a pale yellow longitudinal subdorsal line. The prothoracic plate is black and the head dark brownish black with some brown markings similar to the fifth instar. The larva gets more reddish with growth and sometimes may get a ringed appearance of greenish brown with narrow reddish rings.

The fifth and final instar is fat and humped, flanged sublaterally, typical of the Trapezitini Tribe, about 18-20 mm long, wine-red or purple coloured, with a dark central dorsal line,and an indistinct narrow yellowish subdorsal line. The neck area (prothoracic plate) is dark brown. The head is large, circular shaped from the front, weakly flattened on top, rugose, centrally grooved longitudinally, strongly notched at the top, mostly dark brown-black coloured but with a diffuse pale brown line either side of the central groove in the upper part, some additional diffuse pale brown markings in the sub-lateral parts of the large frontal area. The head is covered with very short forward directed, curved setae, hairy near the mouth area. The head pattern markings are similar to D. compacta but differ from the latter in the pale markings are more subdued and less extensive. The lateral edge of the larva is strongly flanged. The body is without long hairs, but is covered with numerous white, elongated wine-glass shaped secondary setae set on simple smooth, raised bases, that are further set in a small yellowish circular area that impart a dotted appearance to the larvae. These setae impart a rough scabrous appearance. Larval feeding is during the night.

The fifth instar larvae construct short upright tubular shelters from the leaves and stems within the lower parts of the hostplant within which they will eventually pupate. Mature larvae are very timid and will drop off the host grass when feeding with the least provocation.

Short cylindrical, typical of the Trapezitini Tribe, about 14-16 mm long, initially pinkish pale brown, but with age loses the pink colour, darker brown anteriorly and posteriorly, and is covered all over with a white water repellent powdery bloom (probably also with anti fungal-bactericide properties) that is very easily dislodged by any wriggly movements by the live pupa, producing an irregular pattern of brown under-markings. The thorax of the pupa is humped dorsally. The head is rounded anteriorly, with the head cap (operculum) being brown coloured. The front (anterior) part of the operculum, and again laterally behind the eyes, is weakly sclerotised (finely rugose) with short, fine simple brown hairs. The central front part has a protruding, horizontally elongate oval shaped sclerotised flat protuberance, the apical side nearly flat the ventral side slightly bulging, shiny black coloured with some fine bristles, sometimes very weakly divided by a central vertical furrow. There are three pairs of black spots without bloom on the head area, two of the pairs occur in-line dorsally across the junction of the head with the thorax, a third smaller pair occurs ventro-anteriorly on the front of the head. A large fourth pair of head spots, usually covered by some bloom, occurs anteriorly between the eyes, apical of the protruding plate. The central parts of the eyes are without bloom and smooth shiny. There are sparse, forward directed, short simple setae (hairs) over most of the pupa (excepting the wing areas), that become bristly, very common and posteriorly directed on the abdomen. The posterior end tapers to a large, thick, spade-shaped cremaster, which is dark brown-black coloured. The dorsal area of the cremaster is centrally furrowed and has a series of fine elongate ridges or striations ending at the end of the cremaster as serrated points, and long brown cremaster hooks emanate from the central posterior edge in a semi-circular arc. The shape of the cremaster is diagnostic for the species within the region.

Pupation occurs in the final larval shelter after one end of the shelter is sealed with a white web of silk. The shelter opening at the head-end of the pre-pupa is left open, and is normally pointing towards the leaf tips. The pupa is secured within the silk lined shelter by the very strong cremaster hooks. In captivity in Adelaide the pupal duration was 10 days during mid-summer, but is likely to be longer in the cooler Southwest Victoria-Southeast Region. The empty pupal case remains inside the shelter after the adult skipper emerges, and is brown coloured.

A female from southwest Victoria flying in early November laid eggs that produced another flying brood in captivity by the end of the following January, which suggests that even a third brood may be possible.

The butterfly has yet to be recorded in South Australia. It occurs in southwest Victoria, 35 km from the SA-Vic border, and so it is expected that this butterfly may eventually be found in SA, either as vagrants or small resident populations. The range of the butterfly extends throughout the moist montane (to 1370 m) and cool coastal areas of Victoria and NSW, and also occurs in Tasmania.

The butterfly requires cool, damp (often leech prone), shady, temperate forest and wetland areas receiving more than about 750 mm of annual rainfall, and having its grass hostplants in the understorey remaining in a green condition all year round. It requires open sunlit areas and the understorey to be open and not congested by bracken and tea-tree, or similar plants. Its original understorey habitat was probably the Microlaena and Poa grasslands, which require moist conditions. The butterflies are more often encountered in elevated areas with adjoining deep moist valleys where the butterflies can retreat on very hot days, and where the hostplants are more likely to remain in a green condition. Its preferred grassy habitats are often strongly mowed back by kangaroos and wombats.

Likely to be extremely rare and localised if found in South Australia.

Suitable cool, moist, tall forest habitat with Microlaena/Poa understorey is now extremely rare in SA. Such habitat was long ago fragmented and degraded, or turned into pine plantations. The remaining areas are now under constant threat from bushfires and understorey degradation from the invasion of bracken. Bushfires, drought, over grazing by kangaroos, and urban and forestry expansion would likely be the main threats under present conditions.

If colonies of the butterfly were found, then they would need to be monitored to prevent invasion by choking exotic weeds to their habitat, and to prevent over grazing of the Microlaena/Poa understorey by kangaroos although some grazing is probably essential to stop the grass from getting too rank. Toxic agricultural and forestry insecticides and weedicides used in adjacent areas would need to be judiciously applied, particularly those sprays distributed by aerial means. 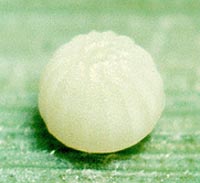 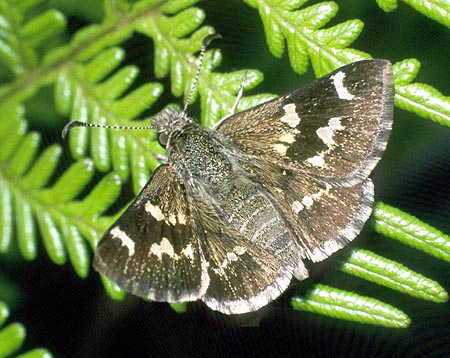 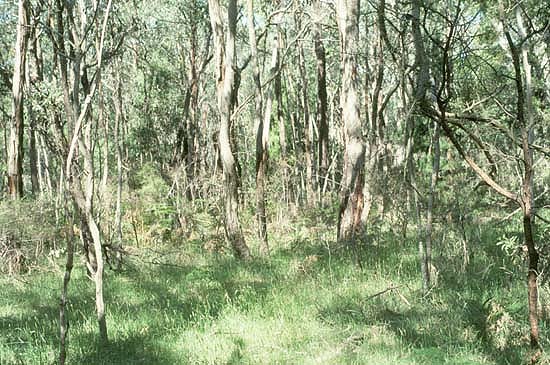 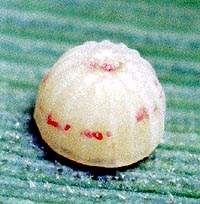