The sexes are similar in appearance, the female is usually paler, but both can be readily distinguished by the prominent silvery sex brand present in each forewing of the males that occurs transversely across the centre of the wing upperside. Males will either establish territories on or near the ground, waiting for newly emerged females, or they will actively seek out the females by flitting through the understorey. They are often seen in territorial flight battles with other males where they fly together in upward spiralling circles. Males are strong hill-toppers, particularly late in the season.

The butterflies have an irregular flight near ground level, and prefer to settle on or near the ground. As for most satyr butterflies, the wing undersides, especially the hindwing, are cryptically camouflaged, and it is very difficult to detect these butterflies when they are settled with wings closed and erect, owing to their close resemblance to the ground, or to dead leaf and plant debris. On hot days the butterflies are readily attracted to garden sprinklers.

The butterflies are timid, and any quick movement or noise will make them fly. Males are usually easier to approach than females when settled, and if disturbed will usually only fly a short distance before resettling, and may even return to the same position if they have already set up a territory. Females will often fly for a much longer period before resettling.

This species is a highly evolved member of the genus , and like the Common Brown (Heteronympha merope), has adapted well to the browning (loss of forests) of Australia. It probably evolved directly from a primitive member of the genus G. minyas, which is restricted to temperate southwest Western Australia. G. klugii has extended its range into the hot dry areas of southern temperate Australia by producing eggs that when laid in summer can undergo a long summer dormancy period, and the larvae do not begin to develop inside the eggs until the following autumn when the mid-autumn rains begin, which produce a good supply of young grass shoots for the newly emerging larvae.

The butterfly exhibits a strong morphology cline that is dependant on climatic/geographic (thermo-regulated) influences. Such that butterflies occurring in hot, sunny, open woodland areas are much paler than those butterflies that occur in cold, shady, forested areas.

Within the northernmost areas of its range in South Australia, in the Flinders Ranges and northern Eyre Peninsula, where it is hot and semi-arid the butterfly can occur in a pale morphological form (form mulesi Burns). On the West Coast (west of Streaky Bay) the pale attributes of the pale form are very pronounced (particularly in females), and the butterfly then looks similar to Geitoneura minyas of Western Australia. Butterflies from the cold regions of the Lower Southeast and Kangaroo Island are noticeably very dark. Depending on the degree of habitat 'open-ness', both pale and dark forms can fly together in the Flinders Ranges and northern Eyre Peninsula.

(These thermo-regulated morphological features allow the dark form butterflies living in cold areas to absorb the heat energy from the morning sun much quicker and therefore permit the butterfly to start flying earlier in the cool forests and dense woodlands. The dark morphology also provides camouflage for the butterflies when they fly within the broken light of the dark forests. In the hot northern areas where the pale form occurs, the early morning thermal absorption is not so critical and the pale markings would further help with camouflage in these open, brightly lit areas.)

Small, initially pale yellow or white, turbinate (expanding basally), the base and apex are flat, moderately thick shelled, with well developed vertical ribs, numbering 14-18. The top flattened area is also rimmed with a ridge, which is beaded due the extensions of the vertical ridges. If the egg is fertile it becomes purple speckled after a couple of days. In South Australia, the laid eggs undergo a summer dormancy period, and larval development within the eggs does not proceed until the eggs are either wetted by extended autumn rain, or a certain reduced ambient temperature or decreased number of daylight hours are reached (it has not been experimentally determined which is more important), with some eggs remaining undeveloped until late June, some five months or more after being laid. Even if the larva has developed within the egg, it will not emerge until wetted by extended autumn rains. When ready to emerge, the larva incompletely cuts out the top flattened area of the egg, leaving a small uncut portion, and then pushes the top out like a trapdoor. The egg shell is then usually eaten, giving the larva a nourishment boost, as some of the larvae can be very weak. The larva then moves off to look for young grass shoots to eat.

While the females are still reasonably new, they tend to lay eggs with great deliberation. They spend considerable time fluttering around grassy areas at a height less than 1/2 m, frequently making quick aborted landings, but eventually will stay on the ground and walk about, usually walking into a vegetal debris laden area adjacent to some grass. There they will test several sites and if to their liking, they will usually lay a single egg, but sometimes two eggs are laid with the second egg laid on the first egg (to one side). The eggs are always laid on dead vegetal material, usually part of the potential hostplant. The dead vegetation provides good camouflage for the attached eggs. Older females are not too fussy how they lay their eggs, and they will quickly lay on any dead vegetal material near the hostplant, sometimes even on the bark of tree trunks up to 1 m off the ground. Females often seem to prefer to lay eggs in grassy areas that have browned off for summer.

The first instar is pale grey with fine longitudinal brown lines, later becoming greenish after eating the green leaves of the hostplant, and with numerous long black hairs, knobbed at the tips. The head is dark brown above, yellow below, with some long hairs, and there is some rugosity on an otherwise smooth surface. The top of the head is rounded, without horns. The rear end is not forked in the first instar. The second instar is similar to the first, but the head is green, it acquires additional pale yellow longitudinal lines, and the rear end has a short fork typical for the Satyrinae. The knobbed hairs are lost in the second and subsequent instars. Later instars are green, with hairs being replaced by secondary setae, the head becoming noticeably rugose, and the longitudinal brown lines turn green.

The mature larvae are long cylindrical shaped, tapering anteriorly and posteriorly, slightly flanged laterally, about 28 mm long, green coloured, with a narrow yellow lateral line, a dark green dorsal line, and a further indistinct yellowish subdorsal line edged dark green. The body is without long hairs, but bears numerous pointed secondary setae. The head is large, finely rugose, green with numerous short hairs. The top of the head is rounded. The rear end is forked, marked yellow laterally and the tips are pink. Near pupation the larvae turn yellowish green and lose the longitudinal lines.

The immature larvae nibble the leaf edges of the grass hostplant, but later instars devour the entire leaf and also other soft green parts of the grass. Only green coloured larvae are known, and all instars remain exposed on the hostplant. They are extremely well camouflaged and very difficult to detect. The larvae feed throughout winter and pupation takes place in spring and early summer.

Small, stout, smooth, about 11-13 mm long, rounded posteriorly but ending in a pointed cremaster, wedge shaped anteriorly, dorsally keeled, ridged laterally at the wing junction which ends with a prominent pointed protuberance at the wing base. Pale green coloured, with three indistinct pairs of pale yellow subdorsal abdominal spots, and the lateral ridge is outlined with pale yellow. The pupa is suspended head downwards by the cremaster, either from the hostplant, or from a log, stick, rock or another plant adjacent to the hostplant. The pupa stage is variable, from 16-29 days in late spring and early summer, decreasing into summer.

Only one brood a year with a staggered flight period in South Australia, from mid September to late March. The males start to emerge earlier than the females. The flights of individual populations last 2-3 months, being shorter in the hotter northern areas and longer in the cooler southern areas. Butterflies from the hot northern areas also emerge earlier than those in the southern areas. On the West Coast the flight starts in mid September. On Yorke Peninsula, Kangaroo Island, the Upper Southeast and on the Adelaide Plains they start in mid October. In the elevated areas of the Mt Lofty Range they start in late November, while in the Lower Southeast they start in early December. In cool seasons, the flight season may be delayed or extended by 2-3 weeks.

In the foothills of the Adelaide hills, males start flying in the last week of October, and become common in November, but by early December they are worn and by the third week of December have mostly died out. The females start emerging in November, peaking in early December. They are not gravid when they emerge, but their abdomens are full of fat tissue. They mate with the males then go into hiding living off the fat tissue while their eggs develop. By the third week of December they "reappear" again laden down with developed eggs. By the end of January they also have died out.

The butterfly occurs across southern temperate Australia, including Tasmania. In South Australia it is present in the southern temperate parts of the state receiving more than about 300 mm of annual rainfall. It is also present on Kangaroo and Wardang Islands, and some other smaller islands. In the Flinders Ranges it is mainly confined to the protected and shady moist valleys.

The butterfly occurs in open temperate heathland, shrubland, woodland and forest, having some grass in the understorey. Guaranteed autumn rain, and annual rainfall in excess of about 300 mm is probably an ecological prerequisite. Rarely found in dry mallee habitat, except in coastal areas. It prefers cool, damp and shady areas where its hostplant remains in a green condition.

Locally common. In the northern parts of its range it is usually very local but can be common in the West Coast area.

No major threats. In urban areas, the nematodes used to combat the introduced Portuguese millipede will also kill larvae of this butterfly. 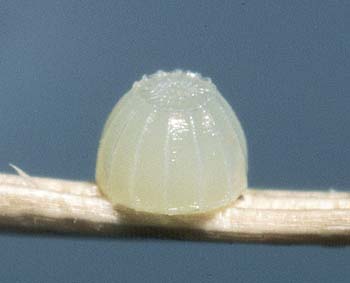 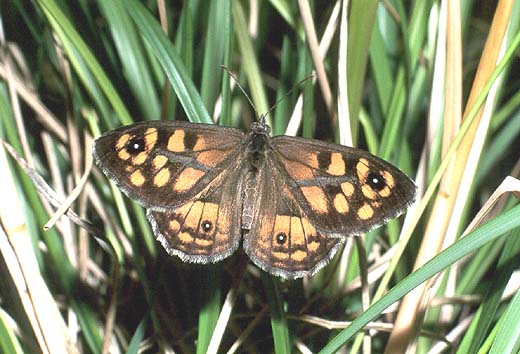 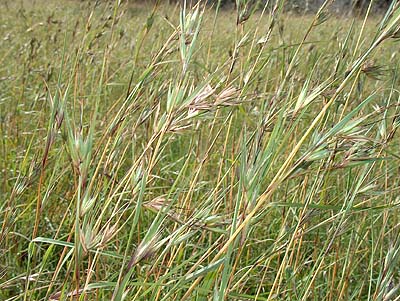 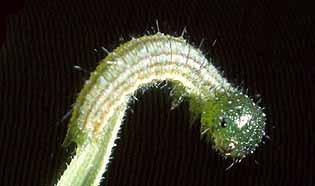 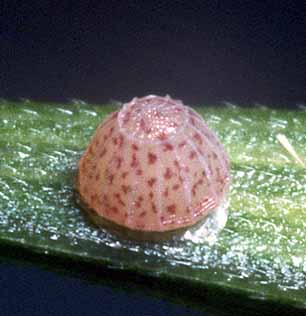 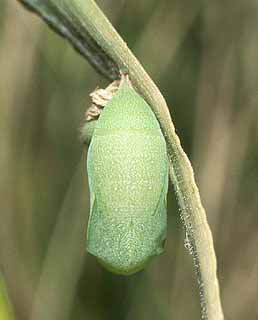