This 'copper' butterfly belongs to the endemic Australian Theclinae group, which have a very strong obligatory association with ants. It is not closely related to the copper butterflies of the northern hemisphere or interestingly on New Zealand, but has a Gondwanan evolutionary connection with similar butterflies in southern Africa.

The small butterfly was once common in the Mt Lofty Ranges during the early years of European settlement after land clearance. It subsequently declined to the point where it was rarely seen in South Australia, but with the recent interest in butterflies new colonies of this butterfly are again being found.An elusive butterfly, it occurs in well-defined small colonies which can exist for many years if left undisturbed. The butterflies often remain near the colony, with males being highly visible as they sun themselves with open wings. When not feeding, males will take up territorial positions near the hostplant, while females will preoccupy themselves with egg laying.

The butterflies fly near to the ground. Both sexes are immune to attacks from their larval attendant ants by having pheromones the same as the ants, with the butterflies remaining with impunity in the presence of ant trails or near the entrance to ant nests. When settled, the butterflies are easily approached.

*Oxalis corniculata ssp corniculata (yellow wood-sorrel), O. perennans (native sorrel or creeping yellow oxalis) (Oxalidaceae). The plants are perennial herbs. The larvae will eat all parts of the hostplant, but prefer the leaves and flowers.

Larvae are attended by numerous small, common black ants Iridomyrmex sp (gracilis and rufoniger groups). The relationship is obligatory although the early stages can survive in captivity without the presence of ants. Interestingly, the pheromones of each ant colony that may be looking after a Small Copper colony must be different to distal ant colonies as translocation experiments of butterfly larvae between distal ant colonies results in the demise of the larvae.

Large, bluish-white, sub-conical, with a very fine reticulated pattern. The reticulations are irregular. Egg apically flattened with a depressed micropylar area. Laid in small or large, single layered clusters of up to 20 eggs on the hostplant during spring, usually on the underside of the leaves. In summer and autumn the cluster numbers are up to 6 eggs. The female covers the eggs with abdominal hairs during the laying process. The latter can be very laborious, and females will settle on or near the hostplant in the presence of ants and remain inactive for 10-15 minutes before attempting to lay eggs. The female will only lay in the presence of attendant ants, and if an ant chamber is not already present at the base of the chosen plant, then the ants will quickly construct a chamber to receive the larval hatchlings. The eggs hatch in about 13 days.

The first instar has dark brown dorsal longitudinal lines, and there are long dorsal and lateral setae. Upon hatching the larvae are initially gregarious for a few days and remain on the hostplant but soon become independent and find their way to ant chambers in the ground.

Larvae feed during the cooler periods of the day accompanied by many attendant ants. At night they rest below ground inside ant nests or specially constructed chambers for the larvae. The ants are not normally nocturnal, but on hot nights the ants may venture out in which case the larvae may also accompany the ants. Larvae always return to the same ant chamber after feeding. During the hot dry summer months as the hostplant deteriorates the larvae progressively eat the leaves, then the bark from the stems and finally the outer membrane of the seed capsule. Eventually the plant may completely dry out above ground (the plants are perennial). Larvae have been observed to survive for 3-4 months over the hot summer period, scrounging and subsisting on any new bud growth that may occur after infrequent rains, but with the following autumn rains the larvae again become active as new shoots develop on the hostplants. During such periods the larvae live off their own available fat supplies and have been reported to shrink in length from 12 mm to 4 mm.

During periods of no hostplant growth, the larvae are not believed to eat the roots of the hostplant (even though they have been seen to make digging attempts; the ground would be very hard anyway), or be fed by the ants, or eat other larvae in the colony (Lycaenid larvae can be cannibalistic). The larvae are believed to aestivate in the cool underground ant chambers as best they can, awaiting any rains to promote new growth on their hostplants. Field and captivity observations by Hunt for larvae from the Mt Lofty Range suggest the limit of larvae survival in that area while in aestivation mode is about seven weeks. How such colonies can survive in areas distal to the Mt Lofty Range in the summer dry areas of its flight range elsewhere in South Australia is not presently understood.

There are sometimes population collapses as the early stages build up to excessive numbers that cannot be supported by the available hostplant. Hunt once counted 226 larvae on a small area of hostplant, and had to relocate many of the larvae to nearby hostplants to prevent such a collapse. During such collapses the stressed larvae become anaemic and the attendant ants lose interest in the larvae, sometimes even attacking them. Paradoxically, there can be also be population explosions, with reports of sudden mass adult emergences, that quickly disperse over a few days.

The larval period requires five instars, which can be completed in four weeks. The extent of parasitoid wasp attack is not fully known although Ichneumonid wasp attack has been reported by Hunt.

The butterflies normally emerge from their pupae during the morning, and crawl out of the chamber and sit on or near the entrance hole before expanding their wings, sometimes even blocking the hole to ant traffic, but immune to ant attack. The empty pupal shells are also eventually destroyed by the ants after the adult butterflies emerge. Mating with females often takes place soon after wing expansion. The pupal period is 10-13 days in spring-summer.

September to early May. In hot areas the main emergence is during late spring, with another lesser emergence in early autumn if hostplant has been available. Eggs laid during the spring usually produce a flight either in summer or autumn depending on the availability of hostplant. Eggs laid during autumn produce the spring flight. In cooler moist areas the emergence is mainly during summer. If the availability of hostplant is irregular then some larvae may take a full year to develop. Under favourable conditions with a continuous supply of hostplant they are capable of continuous broods over the warmer months that can be completed in about 8 weeks. They overwinter mainly as larvae, but some pupae are believed to develop during winter to produce the early spring flight.

The butterfly is presently known from the Mount Lofty and Flinders Ranges, and the Southeast Region. It has historically been recorded from Yorke Peninsula, but has yet to be recorded from Eyre Peninsula or Kangaroo Island. Although its native hostplant is widespread throughout the state, known butterfly colonies are restricted to areas receiving more than about 250 mm of annual rainfall. Based on the distribution of its larval hostplants and similar habitat areas, the butterfly is likely to be more extensive than its present known range. Also recorded from the higher rainfall areas of Victoria, New South Wales and southern Queensland.

The butterfly is usually seen in moist grassland or very open woodland areas in which the grasses or understorey are sparse and open. The butterfly appears to best survive where its hostplants can remain alive (at least in perennial mode) over the hot summer months.

Its habitat is prime agricultural and grazing land, and its existence is therefore under constant threat from agricultural processes, particularly the effects of herbicides, insecticides, stock trampling and overgrazing. Colonies should be able to survive a light grass-fire, but not regular burnoffs.

Specific grassland habitat may have to be conserved for the long-term survival of the butterfly. Some grazing by native or domestic animals is beneficial as it stops the grasses from becoming too rank and obliterating the hostplants. The butterfly would be a good candidate for reintroduction into conserved areas, as eggs or adults. Council reserves and parks that receive some watering should be ideal.

Much of the biological information for this butterfly was provided by the late Lindsay Hunt who was fortunate to have a colony occur on his farming property at Wistow in the Mt Lofty Range (Victorian Entomologist 36:5 2006). 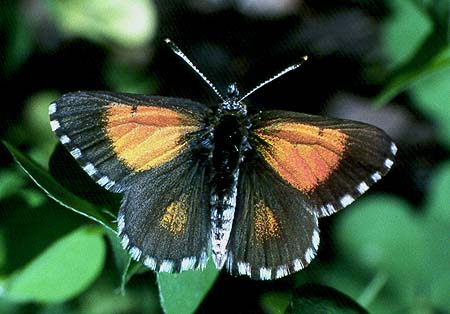 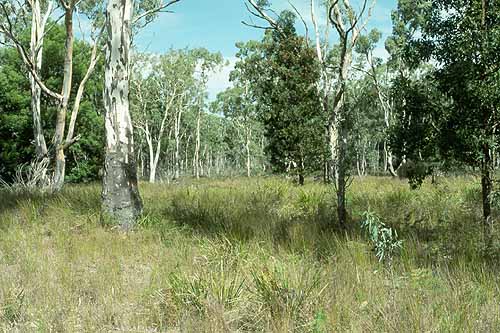 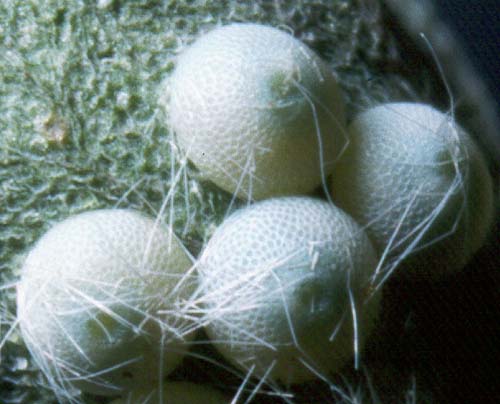 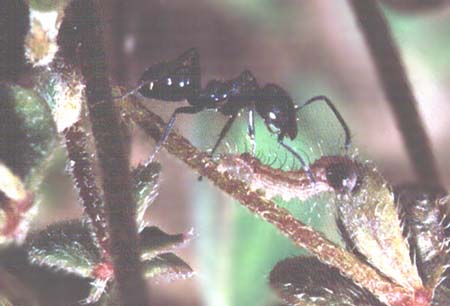 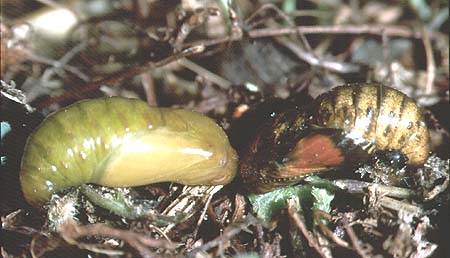