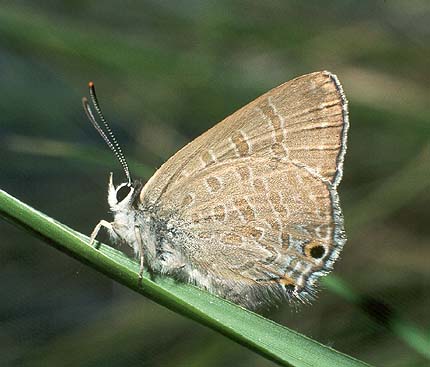 The butterflies occur in colonies, some of which in the northern pastoral region can cover huge areas of 1 hectare or more. Within such colonies it is not possible to stand without being covered in the biting, small black attendant ants. In southern areas the colonies are much smaller due to the adverse affects of farming, urbanisation and bushfires. These colonies if left undisturbed can survive for many years, with several colonies being monitored in the Adelaide Hills still existing after 60 years. The butterflies usually remain very near to the colony. The males are the most active as they fly about the hostplant looking for newly emerged females, but sometimes they can scatter and be found on hilltops near to the colony.

Like all Lycaenids, the sexes are sexually dimorphic in morphology on the wing uppersides. In this species the males are grey with a broad metallic green expanse, while the females are grey with either a broad blue area or are similar to the males. The butterfly belongs to a group of endemic Australian butterflies that have a very strong symbiotic association with ants.

Their use of hostplant is usually quite specific to a certain region. In the coastal and higher rainfall areas they use Acacia, while in the dry inland areas they tend to use both Senna and Acacia. Sometimes they will only use Senna even though the Acacia which they use elsewhere may be growing adjacent to the Senna. Even their use of Acacia can be very specific within each colony, often using only one type of Acacia.

Larvae are usually attended by numerous small black or dark brown and black ants Iridomyrmex spp (rufoniger group in NSW). In the Adelaide Hills they can also be attended by a large black Dolichoderus sp (scabridus species group) having a coconut smell, but these ants only attend to the larvae, not the pupae.

In the Mid North and Flinders Ranges Regions, Jalmenus icilius cohabits with a close relative J. lithochroa, and both use bramble wattles as a hostplant. However, they never use the same bramble wattle for a hostplant, as the attendant ant for J. lithochroa is the large, ferocious meat-ant, which will quickly make a meal of any J. icilius larvae or butterfly they come across.

In the southern areas it flies during the warmer months from October to May, with usually a main flight in late spring to early summer, and another smaller flight in early autumn. In these areas the colony mainly over-winters as eggs, which hatch in September and October. There are also some over-wintering pupae, which produce an early spring flight. There are then continuous broods over the warmer months, which can be completed in about 8 weeks. In the far north of the state where survey data is incomplete, the flight records include the winter months.

The butterfly has been found through most of mainland South Australia. The known distribution includes Wardang Island, but not Kangaroo Island or the Southeast Region. However, as its known range includes western Victoria, it is likely its range will eventually be found to extend to the Southeast parts of South Australia. Its Australia wide range extends through much of the temperate and subtropical latitudes of mainland Australia, mostly within the dryer shrubland and woodland areas. It is rare or absent in the wet coastal regions of the eastern states.

It can be found wherever its hostplants occur, and these are common and widespread, being present in most habitats. It prefers very open woodland habitat.

Although widely distributed, it is a rare butterfly in the southern settled areas, being found only in conservation parks and reserves. It is locally more common in the northern pastoral region.

The butterfly occurs in discrete colonies and is therefore highly vulnerable to any detrimental process, particularly bushfires and the application of aerial insecticides. There is probably a lower limit to the size of the vegetation remnant in which the colony can survive. 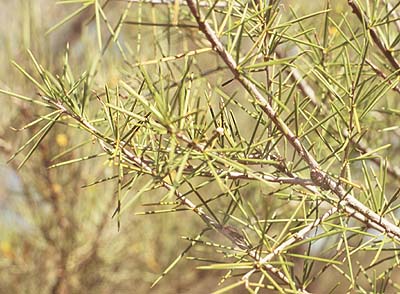 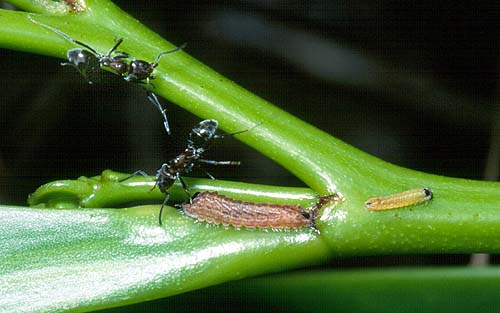 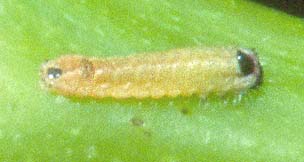