A widely distributed butterfly, occurring through much of the Eastern Hemisphere. It was one of the first butterflies to be caught in Australia by the early seafaring European explorers. It is a rapid flying butterfly but is often seen feeding from flowers of the foodplant or from other nearby flowering plants. The males will occasionally hilltop, while the females usually remain near the foodplant. Males are also sometimes seen to slowly flutter beneath the foodplant looking for newly emerged females with which to mate. The areal extent of the blue colour in the wings of different females is variable, and this colouration can vary from blue to purple. Recent DNA studies suggest this butterfly had its origin in Africa, and has subsequently spread throughout the Eastern Hemisphere. Populations in Australia arrived during the early Pleistocene ~2mybp and are being continuously swamped by new migrations of the butterfly from South-east Asia.

Males have unusual long, hair-like wing scales on the upper sides of the wings. These comprise both androconia (specialised wing scales on the upper-sides of the wings used for courtship), and long white ribbon scales, the combination of which impart a shaggy appearance to the wing. Settled butterflies rest with wings closed or partially open, and move their hindwings up and down in a scissor like fashion. This is done as an aid against bird predation, as the long tails and black spots in the hindwing tornal area (lower part of wings) imitate the eyes and antennae of the butterfly's head, while the movement attracts the bird's attention to the expendable rear end of the butterfly's wings, rather than to the life threatening real head part at the other end of the butterfly. Worn butterflies of this species (and many other Lycaenids with black hindwing tornal spots) often have peck marks out of their hindwings.

Due to the sometimes short periods of rain and foodplant blooming in the arid inland areas, the larval stage duration of the butterfly is often very rapid and incomplete, producing butterflies of variable size.

The use of these hostplants depends on the local butterfly population, which preferentially use certain hostplants, possibly due to whether the flowering coincides with the flight of the butterfly. For example the butterfly will utilise broom in Victoria and gorse in New Zealand, but has not been seen to use these plants in South Australia.

Larvae are sometimes attended by a few ants, including the large Camponotus sugar ants (subnitidus and tricoloratus groups, and in the Far North by a large black sugar-ant Camponotus capito), and Iridomyrmex sp, and very rarely the large meat ants Iridomyrmex purpureus and I. viridiaeneus. In the eastern states, small Dolichoderus sp and Froggattella sp are also documented. In the case of the larger ants, it is more often a harmless association on the same bush rather than direct attendance of the ants to the larvae.

Small, initially pale green, later turning bluish white, hemispherical, strongly flattened top and bottom, slightly depressed on top with a small darker central micropylar area. Ornamented with short blunt spines on the side, which are absent on the top of the egg. The reticulation facets are trigonal, which are grouped together in an orderly fashion to form large hexagons. The facets on the top of the egg are much smaller and are of irregular shape. Laid singly on the foodplant, usually on flower buds, but sometimes on the open flowers and softer green parts. The eggs hatch in about seven days during spring. Eggs are sometimes so common on the flower buds as to produce a fine speckled appearance.

Initially pale yellow, subtranslucent, changing colour after eating the foodplant, with sparse short dark hairs that are longer posteriorly. The prothoracic and posterior anal plates dark coloured and well developed. The head is large, black and exposed. This stage, although very small, is rather maggot-like in appearance. Later instars are onisciform (slater shaped) with secondary setae and a few short lateral hairs. Newly emerged larvae immediately bore into the flower buds to reach and eat the inner ovary and stamen parts, and usually disappear inside the flower. Early larval instars will continue to eat the insides of the flowers, but larger instars will also bore into immature pods to eat the soft developing seeds.

The mature larvae are about 13-16 mm long. The head is small, smooth, brownish yellow, hidden beneath the body. The body has some short lateral hairs, and a few subdorsal hairs on the thoracic segments. It is covered in numerous minute secondary setae having a stellate base and an erect serrated central spine which can be blunt or pointed. The larvae are polymorphic (ie. they occur in many colour forms). Larvae colour and markings are highly variable, being some shade of green, pink or purple, or combinations thereof, with a darker longitudinal dorsal line and adjacent forward directed chevrons, a hatchured subdorsal line, sometimes additional lateral markings, and there is often a pale lateral line. The colours are cryptic and usually blend in with the portion of the foodplant they are eating, such as pink or purple if they are eating red or purple flower buds, or green or yellowish green if they are on yellow flowers or green pods. The latter larvae are almost maggot-like in appearance. In captivity the colour can change during the life of the larva.

Larvae feed openly during the day, but are usually hidden within the flowers or seed pods. The presence of larvae on the foodplant are readily discernible by holes in the buds, flowers and seed pods. These larvae, like most Lycaenid larvae are able to considerably extend their heads and are able to eat out the seed contents of a pod by protruding the head inside the hole made at the side of the pod, while the rest of the body remains outside the pod.

Larvae are sometimes so prolific on the foodplant that they quickly consume all of the edible parts. Some of these larvae are able to pupate even though not fully developed, producing smaller than normal flying adults. While others may become cannibals, and devour either smaller larvae, particularly those undertaking a moult, or larger larvae undertaking pupation. Fully hardened pupae are not eaten due to their tough outer case. This cannibal tendency occurs in many Lycaenid species, particularly those species which lay large numbers of eggs on foodplants of small stature.

Larvae of this species often accompany those of Zizina labradus on the same foodplant, in which case the former usually eat the flower and seed pod contents, while the latter eat the leaves and flower petals. Under stress, the Lampides boeticus larvae will also eat the larvae of Z. labradus.

When ready to pupate the larvae have a variety of methods of finding a suitable location. Some will crawl to the base of the foodplant, or simply drop off or lower themselves by silk from the foodplant to the ground, to look for a place to pupate. This can be among leaf and other debris within or around the base of the plant, beneath nearby rocks, or they can pupate in holes in the ground. In sandy country they will actually force themselves into the loose sand to pupate if there is not enough debris about. They will also pupate within flowers on the foodplant, so that when the flower eventually dies, shrivels, and falls to the ground, the pupa falls hidden within it. They also sometimes pupate inside the consumed seedpods if there is enough room. The pupation period is variable, even within the same population. It can be as short as 10 days in summer, extending to a month in winter. It has not been determined if the pupae can aestivate a full year to coincide with the next season of hostplant flowering. In captivity the pupae always mature quickly.

It is possible to find flying butterflies throughout the year, depending on the area and whether its foodplants are in flower. In the Far North pastoral areas the butterfly is largely dependent on the rainy periods. In the southern areas of native vegetation it is more common during the spring, while in the urban garden it can be found during the warmer months. They are capable of completing a brood within about seven weeks in southern areas. In the cold areas the butterflies normally overwinter as pupae.

Occurs throughout Australia, including Kangaroo Island and Tasmania. It has migration tendencies, which are occasionally witnessed in Australia, heading in a southerly direction. This is supported by the adult morphology, which is uniform across Australia, and also the rest of the Eastern Hemisphere where the butterfly also occurs. No mass migrations have ever been reported from South Australia, although the odd spring vagrant has been seen flying from the mainland across Backstairs Passage to Kangaroo Island.

Found wherever its foodplants occur, which are common and widespread occurring in most habitats.

Occurs locally in breeding areas. Sometimes common in the northern pastoral areas after rains when there may be a uniform mass blooming of its foodplants. Rarely common in the southern areas.

None required. Thrives in urban gardens. Sometimes considered a pest due to the fondness of its larvae for low growing leguminous crops and vegetables. 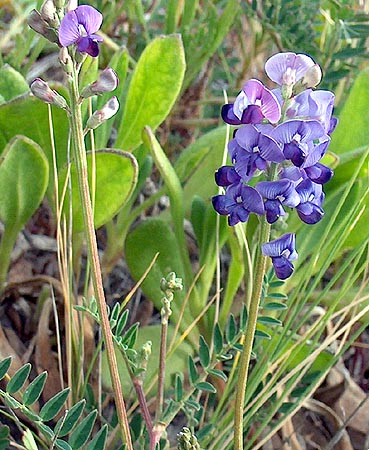 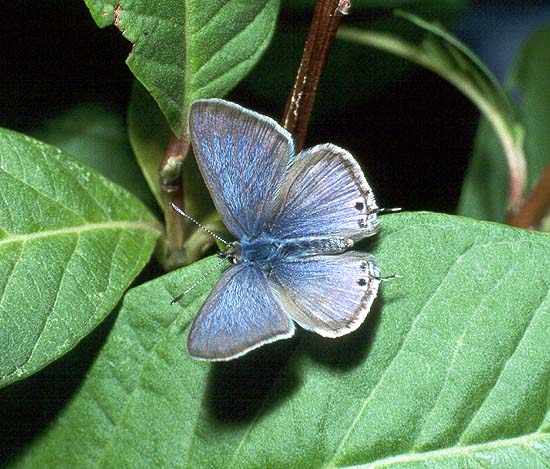 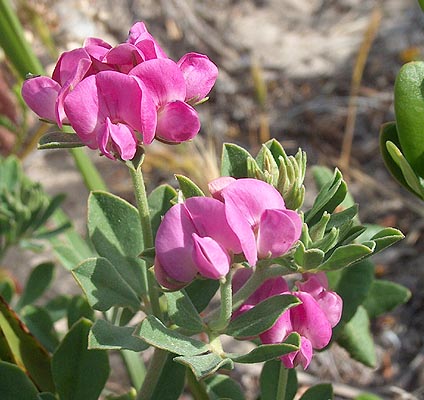 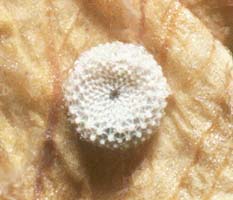 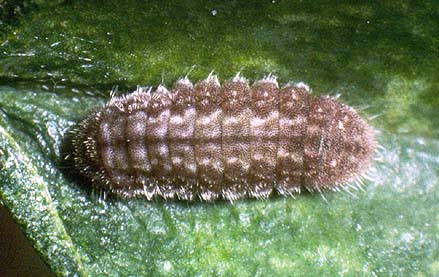 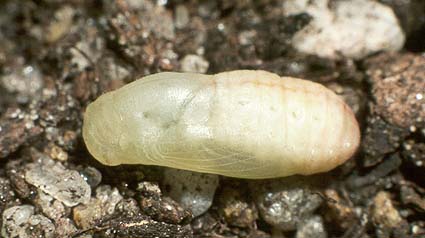